Become a Patron! Please check out the fantastic perks of being a Patron by clicking the "Become a Patron" button above! Thank-you to our Patrons: Catches Her Arm, Anonymous, Mark Dowding, Mark Kavanaugh, Liane Scott, Scott & Jessie, & Valaina Maher!

Three Quick Tips to be Tsunami-Safe When Geocaching 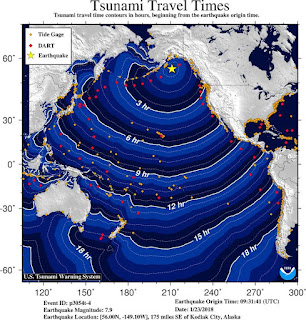 So we had a "near miss event" overnight in the Northwest - a tsunami warning from the 7.9 Magnitude earthquake off the coast of Alaska. Great news is that all regions I've heard about were not hit by a tsunami of any significant size.

So after a collective sigh of relief, I thought it would be handy to share a bit of insight into what tsunamis are, why it's something to keep in mind in the coastal Northwest (and really, any coastal area), and what geocachers should know about tsunamis.

A tsunami is not the same as a tidal wave. A tsunami is a series of large waves, triggered by some sort of under-water seismic event such as an earthquake, volcano, etc. The key points here are that it can be a series of waves - not a single large rogue wave - which can significantly impact low-lying coastal areas, and that they are triggered by some sort of seismic event, most of which are monitored by government facilities.

This is really good news, because in *most* cases it means that in the event of a potential tsunami, there will likely be an hour or more warning that it is coming - that of course depends on where the seismic activity occurred relative to where you are at the time.


Further, here's some interesting facts about tsunamis borrowed from the Government of Canada's "Get Prepared" emergency awareness website:

So with the events of this morning, and the knowledge that this seismic activity is monitored by US and Canadian governments, it's helpful to know that when you are geocaching in low lying coastal areas - or along river/water systems  connected to the oceans - to have your mobile phone configured to receive any alerts of this nature. 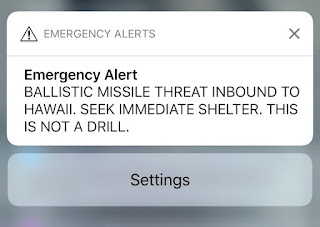 In the US, many states subscribe to the emergency broadcast alerts via the Commercial Mobile Alert System and can send messages directly to your mobile phone over most mobility networks. While this may result in the occasional erroneous incoming ballistic missile false alarm, it will give you a head's up of an incoming tsunami or other significant natural disaster.

Here in Canada however, our CRTC has not permitted this "push" technology yet. Therefore, to be notified of tsunamis while out geocaching in coastal Canada, it is important to subscribe to a service such as the Emergency Info BC Twitter account. In April 2018 the BC Government is committed to having a text service available as a component of the BC Emergency Alert system, which will most certainly be helpful.

So as a geocacher, what can you do to be tsunami-prepared? There's really three simple things to do:

Most of all, we hope that you all cache safely, and cache often! 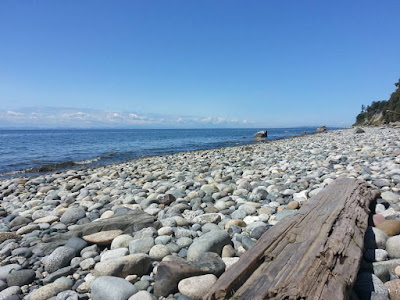